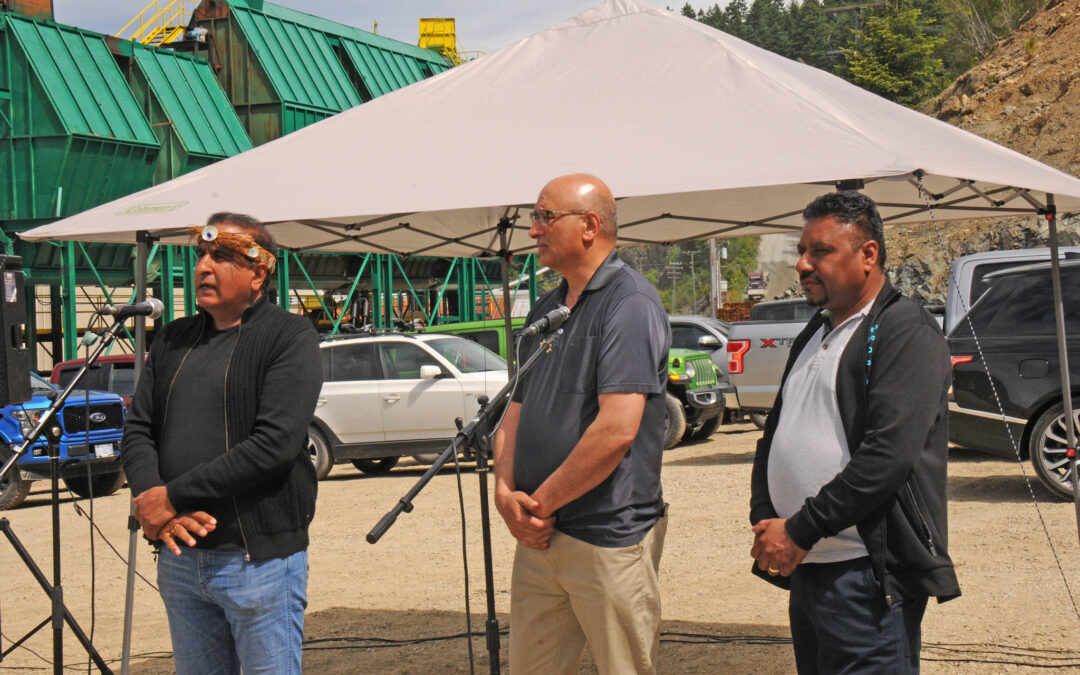 San Group plans to invest $100 million into its Port Alberni forestry operations over the next year, company owner Kamal Sanghera announced Wednesday. The largest portion of the investment is between $50 million and $60 million as part of an agreement to ship lumber by container ships from the city’s deep sea port.

There are four projects that will see investment over the next year. San Group will spend $15 million in its Coulson Sawmill to create a second line capable of processing small, low-grade or odd-shaped logs. Another $15 million will see the new remanufacturing plant move into phase 4, more automation and CNC technology to keep up with global markets, Sanghera said. An additional $15 million will be invested at the San Specialty Sawmill on Hector Road to create a biomass facility. This will allow San Group to use shavings and sawdust from all its operations to create “green” energy.

“With the new investment in our sawmill and our manufacturing facility and our value-added facility, that will ensure us for years to come that we can sustain our profitability and we can stay in the community,” Sanghera said. It also further affirms the company’s “harvest to home” commitment to use as much of each tree it harvests as possible.

Between all of San Group’s entities in the Alberni Valley approximately 40 tonnes of waste is produced every day. Whatever they or neighbouring Paper Excellence paper mill cannot use, San Group will turn into pellets to sell.

Port Alberni Mayor Sharie Minions said city councillors were skeptical when brothers Kamal and Suki Sanghera first announced their intent to build their business in the Island-based city built on forestry. “Now we’re incredibly proud,” she said. “I am blown away every time I visit this site” and see the progress.

“The commitment San Group is making to Port Alberni is going to help a lot of workers and their families,” Courtenay-Alberni MP Gord Johns said, also bringing congratulations from provincial MLA Josie Osborne.

“It’s going to create more resiliency and sustainability in our forests. This is exactly what British Columbians want to see in their forests: maximizing the fibre that’s coming out of our forests,” Johns said.

Ken McRae from the Port Alberni Port Authority said it will be good to see finished product leaving the city’s docks again. “It’s been awhile since we saw lumber going out of our dock.”

The Surrey-based San Group has already sunk millions of dollars into its Alberni Valley operations over the past few years: expanding Coulson Sawmill with new technology and a second line, building the reman plant, and purchasing the former Chalwood specialty sawmill on Hector Road. Kamal Sanghera said they are also planning on moving their helilogging operations to Port Alberni.

“It will pay back,” he said, especially with the price of lumber these days. “You are adding 10-fold to the logs. Prices are up. Our investment is the future. If the market goes down (diversification) will make sure we stay in business. You’re not going to stop building homes; you’re not going to stop doing the commercial things.”

San Group isn’t about producing high volume, said former mayor Mike Ruttan, who now works for the company. “The announcement today will more than double consumption of logs on a daily basis,” but it’s more about the company seizing on potential in the forestry business, he added. “San…sees different kinds of manufacturing potential and sees how it fits into operations here.”