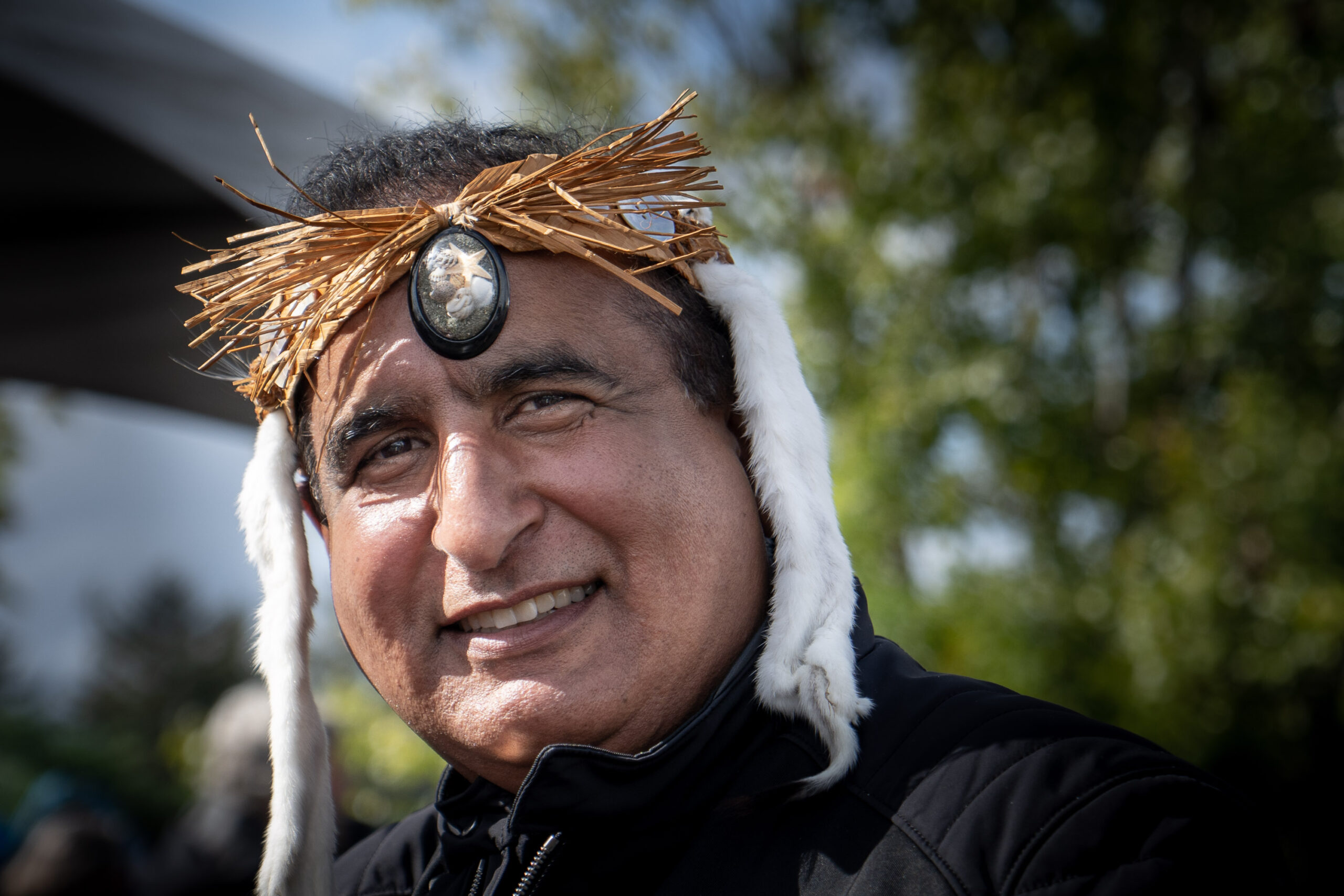 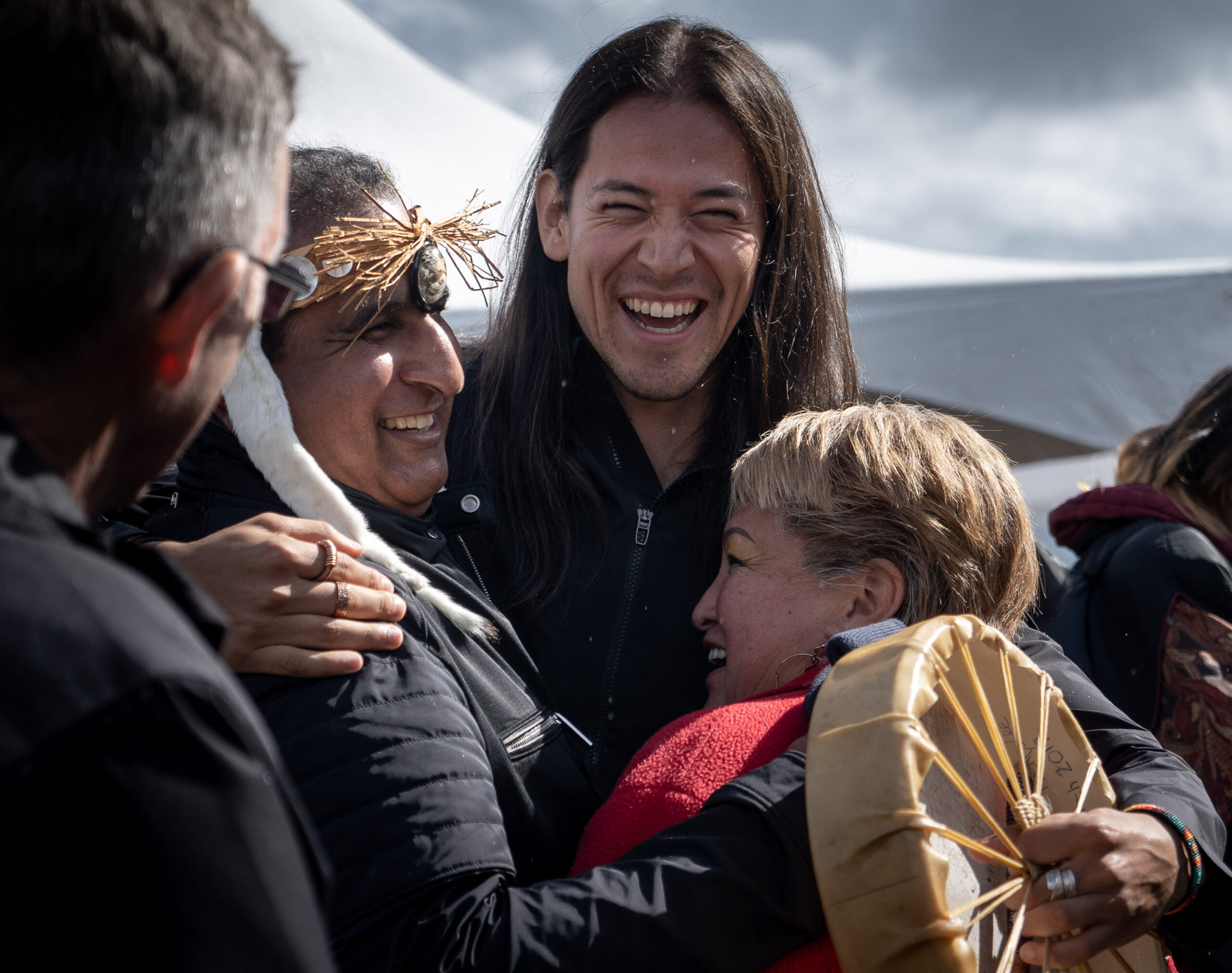 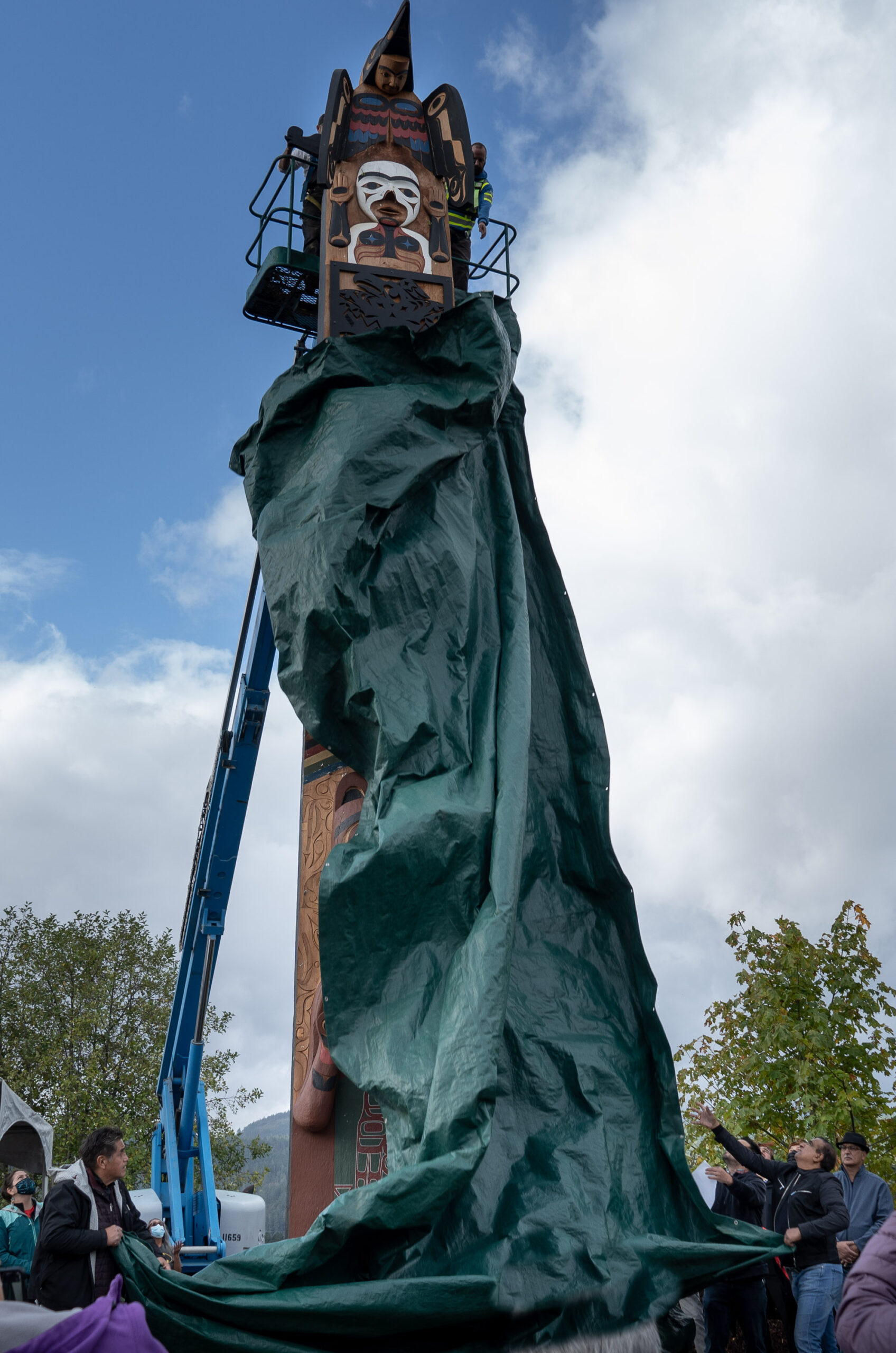 The United Nations Language Pole project that started in 2019 has found a name and a permanent home at the newly branded San Port facility SanHouse and SanPort in Port Alberni BC.

“This is a gift first to humanity,” said master carver Tim Paul, who directed the project. “This is history.”

Despite major hurdles over the last six months, the hewing of an Indigenous language revitalization pole has grown into a spiritual journey for carvers and a catalyst for community.

He believes the tree, which grew to maturity when Nuu-chah-nulth peoples thrived along the west coast, was predestined to bring stories of the past to the future. Centred around 10 Nuu-chah-nulth relatives embodied in elements of nature, the pole designed by Paul speaks of caring for the Earth, the land and water.

In March 2019 an 800-year-old tree, lying on the forest floor for over 50 years was trucked to Port Alberni from the woods near Bamfield. Tim Paul, a master carver, assembled a team of Indigenous carvers to help him reach his vision. With support from volunteers, they’ve done “radical surgery” on the partly decayed log, chiselled 10 Nuu-chah-nulth relatives from its wood and brought the effort close to completion despite a lack of funding.

A closing of the eyes ceremony was held and the final sculpture is now part of Millstone Park at the corner of Roger Street and Victoria Quay adjusted to the San Groups property. Paul sang some of the songs that belong to him so he may give them to Nuu-chah-nulth youth to use.

“It’s the start of the process of giving children their identity back,” he said.

First Nations Education Foundation (FNEF), a not-for-profit group focused on reversing the loss of Indigenous languages, commissioned the pole in recognition of 2019 as UN International Year of Indigenous Languages.