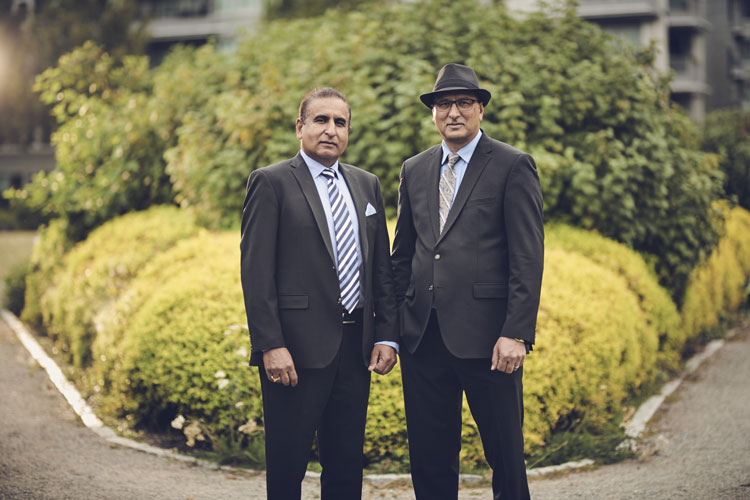 B.C.’s forestry industry is fighting for survival. Keystone sawmills are closing in communities like Fort St. James, Quesnel and Vavenby this year, while dozens more across the province are reducing shifts. But in Port Alberni, Langley-based San Group is racing to expand operations so it can keep growing its exports worldwide.

The family-run company, founded in 1979 and led by brothers Kamal and Suki Sanghera, bought a sawmill just outside the city from Coulson Forest Products in 2017. The facility processes high-value logs like Western red cedar. San started construction of a new $70-million mill on the same site this spring, building it to process smaller, lower-grade timber. Next, it plans to build a remanufacturing plant near the city’s waterfront, where it will turn different grades of wood into finished engineered building products, like banisters, siding and flooring.

San Group developed  its vertically integrated approach, which it calls Harvest to Home, over decades of growth and innovation. The company adds value at every step as its products travel from B.C. forests to homebuilders in 25 countries. For decades, the rest of the industry has cut processing plants and jobs while increasing raw log exports. The Sangheras always blazed a separate path, to which they owe their success.

“We are always going against the grain,” says Kamal, the elder brother by two years. “Right now, the market is going down. We are growing. Everybody is curtailing. We are adding extra shifts.”

That contrarian attitude began in childhood. The brothers worked in their father’s remanufacturing business as teenagers and took over running it in the 1980s, while most kids their age played sports or hung out with friends after school. They employed a crew of 10 at the beginning, but that number grew as they added more remanufacturing plants, sawmills to feed them and sales teams to stoke global demand. Today, the Sangheras’ team includes 1,100 employees and subcontractors in B.C. and internationally.