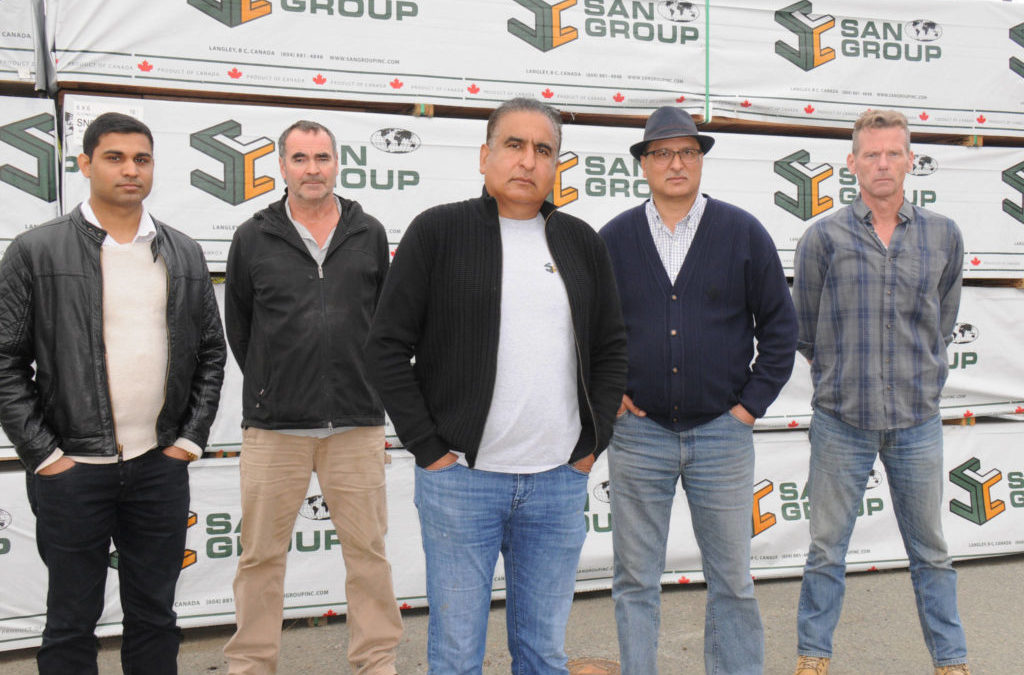 A landmark agreement between the United Steelworkers Local 1-1937 and Mosaic Forest Management is going to further hurt the fibre supply chain on Vancouver Island, says a mill owner who is about to launch a brand new mill in Port Alberni.

Kamal Sanghera and his brother Suki own San Group, which has increased its holdings in Port Alberni over the past three years. They are facing a dearth of fibre just like other coastal forestry mills, and say the agreement—which in part calls for a temporary relaxing of federal policy on raw log exports—will create more damage than benefit.

“We are suffering for supply,” Sanghera said Friday, May 15. “The whole supply chain is empty. If there is a lack of supply, why do they have to export those logs?”

The Sangheras are firm in their position that British Columbia’s mills should have first crack at the fibre from its forests, before anything is shipped overseas. “The wood around the Alberni Valley and in B.C. should be for B.C. and nobody else,” Kamal Sanghera said, adding that he has no issue with anything left over being shipped overseas.

They are disappointed that manufacturers such as San Group were not part of the discussion between the USW and Mosaic.

Sanghera said he doesn’t understand why the union would support the deal with Mosaic. The announcement comes at a time when San Group needs to start building inventory for its new mill, which will be capable of cutting small diameter logs. The new mill is being built on the same site as the Coulson Sawmill, which San Group purchased a few years ago.

San is poised to hire about 100 new people for jobs at both the mill and the remanufacturing plant under construction on Stamp Avenue. The deal could mean the difference between union and non-union positions at San Group, Sanghera said.

“If the union is going to support the export of logs, we won’t support our second mill as a union mill. They need to change their position or else I will change my position on that. This is not a threat, this is reality.”

The existing A mill is a union shop, but B mill hasn’t yet started production.

Rob Hall, a mill manager with San Group, said shipping raw logs before taking care of local lumber manufacturers will have far-reaching consequences. He also doesn’t believe the move will be temporary.

“If we’re not manufacturing lumber, we’re not making chips, and this paper mill (Paper Excellence Canada) is in jeopardy.”

When San Group purchased 25 acres of the former Catalyst Paper (now Paper Excellence) mill site part of the deal was to supply the paper mill with hog fuel or wood chips, Sanghera explained.

News that the USW and Mosaic want the federal raw log export policy relaxed comes just as San Group is making plans to bring container shipping back to Port Alberni. “San is looking at shipping directly out of this port, putting product into containers,” Ruttan said. “We can do that because we’re a federal port.

“It’s a really exciting next step but for that economic activity to happen, San has to be guaranteed access to fibre.”

San Group hopes to cut its first log on its new mill at the Coulson site later this week. That will give San Group three mills plus the remanufacturing plant in Port Alberni.